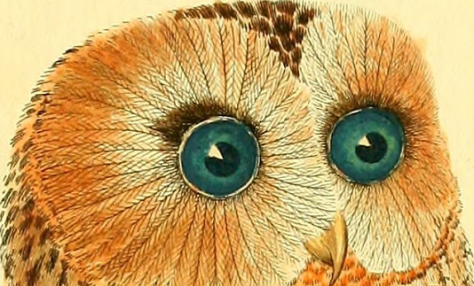 Check out the gorgeous nature images now online courtesy of the Biodiversity Heritage Library. This is part of an effort to raise awareness of the sad plight of wildlife. Wild animals now face a threat unparalleled in Earth’s history:

Are we truly in the midst of a human-caused sixth mass extinction, an era of “biological annihilation”? Many scientists and popular science writers say yes, using terms like “Holocene” or “Anthropocene” to describe what follows the Ordovician, Devonian, Permian, Triassic, and Cretaceous periods. Peter Brannen, author of extinction history The Ends of the Earth has found at least one scientist who thinks the concept is “junk.” But Brannen quotes some alarming statistics. Chilling, even. “Until very recently,” he writes, “all vertebrate life on the planet was wildlife. But astoundingly, today wildlife accounts for only 3 percent of earth’s land animals; human beings, our livestock, and our pets take up the remaining 97 percent of the biomass… almost half of the earth’s land has been converted into farmland.”

We need the wild. Maybe this project will make people appreciate it more.