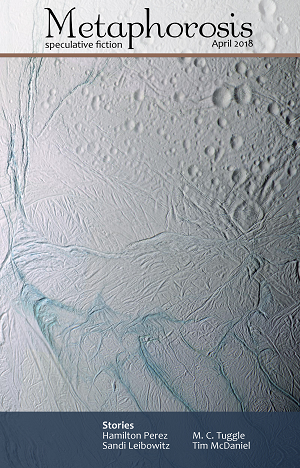 Given that we know of 62 moons around Saturn, and that one of them (Titan) is enormous and has a thick atmosphere with liquid hydrocarbons on its surface, it hardly seems like Enceladus would be the place to look for life. It has no thick atmosphere like Titan; it has no lava-rich volcanoes like Io or cryovolcanoes like Triton. But still, Enceladus might be the most habitable place in our Solar System beyond Earth.

Its ultra-reflective, lifeless surface simply provides cover for a complex, possibly life-rich liquid ocean that begins just ~20 kilometers (12 miles) beneath the icy crust. A series of pale blue stripes cuts across its surface, telling the tale of deep fissures that go down into the interior of the world. But what’s perhaps most remarkable is that we can actually see water-ice being spewed from these fissures into space, extending upwards for hundreds of miles (or kilometers) with every eruption.

With water, energy, and organic molecules, some new, alien form of life could very well be waiting here to be discovered. And just to deepen the allure of this remarkable little moon, Siegel reminds us that we once believed the sunless bottom of our own oceans could not support life, and yet we now know creatures do indeed live around hydrothermal vents. And those vents, with their rich interplay of chemical and thermal processes, may well explain the origin of life itself.

Nature has frequently exploded our notions of the possibilities of life, a truth that inspires both science and science fiction. Enceladus reminds us just how vast, beautiful, and awe-inspiring the universe truly is.

UPDATE: From the comments section:

Great read as usual and one I will look into more. Curious? Is there any works of science-fiction that feature this Moon.