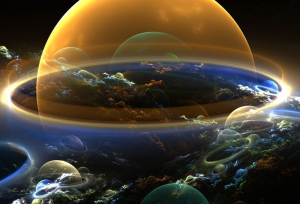 Deena Weisberg is a senior fellow in psychology at the University of Pennsylvania. Her specialty is “imaginative cognition,” which studies how imagination boosts one’s ability to learn. Her research demonstrates that children absorb new material taught in the context of a fanciful scenario better than they do when it’s presented in more realistic terms. In a recent edition of Aeon, she challenges herself with a question she’s grappled with before: Why do fantastical stories stimulate learning?

What can be going on? Perhaps children are more engaged and attentive when they see events that challenge their understanding of how reality works. After all, the events in these fantastical stories aren’t things that children can see every day. So they might pay more attention, leading them to learn more.

A different, and richer, possibility is that there’s something about fantastical contexts that is particularly helpful for learning. From this perspective, fantastical fiction might do something more than hold children’s interest better than realistic fiction. Rather, immersion in a scenario where they need to think about impossible events might engage children’s deeper processing, precisely because they can’t treat these scenarios as they would every other scenario that they encounter in reality.

They must consider every event with fresh eyes, asking whether it fits with the world of the story and whether it could fit within the laws of reality. This constant need to evaluate a story might make these situations particularly ripe for learning.

Writers of every genre know that a fresh metaphor adds to a reader’s interest and enjoyment. But Weisberg is arguing that there’s more to fantasy stories than just another metaphor. It appears that the act of forming impossible scenarios in one’s mind focuses more of our mental resources and forces us to pay greater attention than ordinary, representational stories of the day-to-day.

In a world where the day-to-day assaults and surrounds us on television, on our phones, and on our computers, the allure of the fantastical is compelling. Maybe even necessary. It would explain why the speculative inspires so many hit movies, TV series, and books these days.

This is hardly revolutionary. We’ve long realized that children learn better when learning is mixed with play — and children are teaching themselves about the world when they invent their own styles of play. Songs, skits, and stories are entertaining and effective learning media.