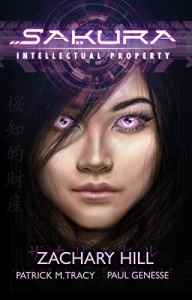 Zachary Hill had just finished the rough draft of Sakura when he suddenly died. Zach’s friends and family were naturally devastated. But two of his friends, both authors, did what only writers could do for Zach and his widow, and that was to polish the manuscript and get it published. Another friend and author, Larry Correia, is getting the word out to sci-fi/fantasy fans:

Zach was a very good friend of mine and one of the all around coolest people I’ve ever met. He finished the rough draft of this novel three days before he died suddenly from a pulmonary embolism.

Paul Genesse and Patrick Tracy are talented authors, who were also friends of Zach’s, and they vowed to finish his last book and get it out there because Zach thought it was the best thing he’d ever written.

No matter how good you are, rough drafts still need lots of work, and working with Zach’s brother Josh, and a great team of artists (it is beautifully illustrated) and editors, they did a fantastic job. They’ve received no compensation for this. It was done as a labor of love, and all the royalties go to Zach’s widow, Makenzie.

What a beautiful thing to do. Please pass the word about Sakura: Intellectual Property to other writers and readers. 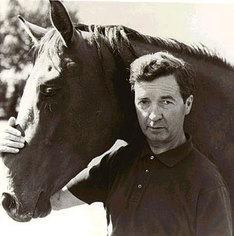 I’ve long admired the works of Dick Francis, whose horse-racing yarns captivated readers and critics for over four decades. As the title suggests, his books lured readers who may not have been horse enthusiasts (myself included!), but who found themselves snared by a seductive opening. And once lured, readers couldn’t help turning page after page thanks to the author’s passion for his topic, his flawed but resilient characters, and engrossing writing.

As this CrimeReads article explains, Francis authored over 40 international best sellers thanks to his natural talent as a storyteller, remarkable discipline, and a writing routine that included his wife Mary, who not only edited his manuscripts, but performed extraordinary research for his stories, including learning to fly a plane. (?!)

In my opinion, Dick Francis ranks up there with Mickey Spillane not only as a crime writer, but as a master of the first-person point of view. The first person, I think, provides both the flexibility and constraint that lets the writer achieve the depth of intimacy and detail that make a story come alive. By centering the writer around one character’s thoughts, feelings, and experiences, the first person helps focus the writer’s efforts by giving a place and a consciousness on which to anchor that story in both the writer’s and reader’s imagination. 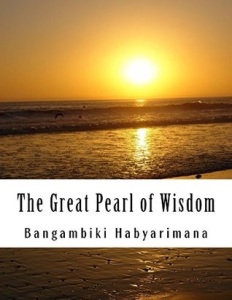 “Fiction writers, magicians, politicians and priests are the only people rewarded for entertaining us with their lies.” ― Bangambiki Habyarimana, The Great Pearl of Wisdom 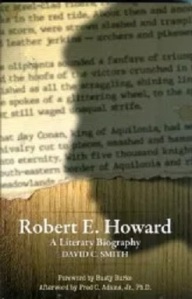 Whether you’re a fan of fantasy fiction in general, or of Robert E. Howard in particular, or if you’re an aspiring writer who wants to learn what makes successful writers tick, you will enjoy David C. Smith’s Robert E. Howard: A Literary Biography.

David C. Smith is a prolific writer himself. In his latest work, he focuses on the complex and rich relationship between Howard’s life and thought and the spell-binding tales he gave the world. One of the strengths of this literary biography is the fact-filled account of Howard’s inspirational, yet tragic, development as a young man and author. Note: This is not a pseudo-psychological analysis, but an insightful and sympathetic exploration of an important literary figure backed by thorough research and genuine understanding.

Smith draws upon his own experience as a writer to flesh out the intellectual and emotional forces that shaped Howard and his works. Of Howard, the man, Smith observes:

His work is shot through with a relentless awareness of time, hurtfully so. This tragic appreciation is exhibited as powerfully in his writing as his acute awareness of the body — the weight of time, its passage and its cost to us. He grew up, of course, listening to recollections of the immediate past, frontier tales in which “the past is never past,” in Faulkner’s famous phrase. … Thus, what we get from Howard is not merely a story. Howard reports the facts. Right down to every bloody detail, each emotional pitch, all of the colors and moods — he reports the facts. Howard reminds us who we are. pp. 191-2

The portrait Smith creates sheds light on the enduring appeal of Howard’s most famous character, Conan:

Let enemies come, even demons and sorcerers; he will confront them and defeat them or go down trying. He is the natural man, ourselves begun again, reborn in a world as we secretly know our own world to be beneath its layers of hypocrisy and pretense. Conan is nothing if not honest in this regard and has no patience with the nonsense most of us accept as a matter of course. p. 134

The chapter examining the correspondence and resulting relationship between Howard and H.P. Lovecraft is itself worth the price of the book. Not only does it add to our understanding of Howard, it’s also a useful introduction to Lovecraft.

This is no hagiography. Smith does not close his eyes to Howard’s literary and personal stumbles. While Smith clearly admires Howard’s accomplishments, he constructs his case for a new appreciation of Howard out of a solid and broad body of research, with observations and critiques from friends, editors, and other writers who knew the man and the artist. The only fault I can detect in this otherwise remarkable and entertaining book is in the final chapter, “Legacy,” in which Smith slips into an over-the-top tone of wounded offense toward critics who dismiss Howard as a hack.

Having read Smith’s previous chapters, the reader will already be convinced how wrong those critics are. 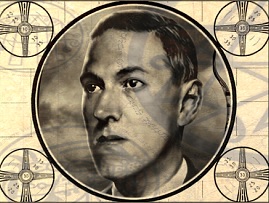 This story comes from Popular Mechanics, so you know it’s true!

UPDATE: Here’s a little background for newcomers to the Lovecraft Universe: At The Mountains of Madness