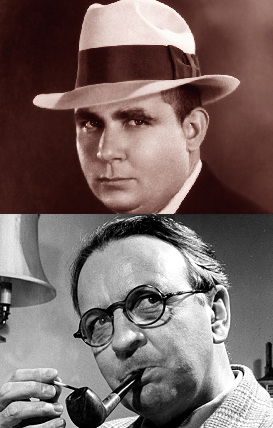 Raymond Chandler and Robert E. Howard had a lot in common, and I think acknowledging and appreciating their similarities help us to better understand and enjoy their thought-provoking works.

Both were successful pulp writers who are now viewed with much more respect than they were when they worked and lived. Chandler’s novels are now taught at the university level, and many writers cite Howard as a key influence. Stephen King, for example, once declared that “Howard was the Thomas Wolfe of fantasy.”

Chandler and Howard revolutionized their respective genres by energizing them with a stark, naturalistic picture of human nature and society. Not only were their stories more gritty and violent than what most of their predecessors wrote, they also injected grim views of society into their tales. Chandler’s Los Angeles is a hopeless, irredeemable jungle. In The Long Goodbye, he paints a bleak picture of the city’s upper class, which is just as prone to criminality as the lower classes. Howard, in Red Nails, imagines a dying city whose few survivors, despite their wealth and learning, wage an unrelenting and mutually destructive blood feud on each other.

The wild 1920s and desperate, corrupt 1930s shaped the world views of both writers. When Raymond Chandler moved to Los Angeles, it was a boom town whose explosive growth was fueled by Hollywood and the oil industry. He worked for the Dabney Oil Syndicate, where he got an eyeful of the dirty dealing and outright corruption in both the oil business and local politics. Robert E. Howard also witnessed the suffering and debauchery inflicted on men and women in oil boomtowns throughout Texas. He once confessed to one of his editors, “I’ll say one thing about an oil boom; it will teach a kid that Life’s a pretty rotten thing as quick as anything I can think of.”

Raymond Chandler’s most famous creation, detective Philip Marlowe, is a hardened, clear-eyed fighter who nevertheless will stick his neck out for the helpless. Marlowe repeatedly saves the drunkard Terry Lennox on several occasions in The Long Goodbye, despite the trouble Lennox always brings to those who get too close to him. Robert E. Howard’s Conan the Cimmerian, though a ferocious brawler and swordsman out to make a fortune any way he can, including stealing and working as a mercenary, often risks his life to help others. While wandering lost in a deadly and perverted maze of demons and monsters in The Scarlet Citadel, Conan hears a piteous moaning, and “the suffering of the captive touched Conan’s wayward and impulsive heart.”

The tragic element in Conan and Marlowe is that both characters uphold a personal code of honor despite the hostility and unconcern of the outside world. That, plus crisp, forceful writing, makes their otherwise bleak adventures so endlessly fascinating and re-readable.

The best fiction and writing blog posts from around the ‘net, all guaranteed to make you a literary cult figure. Compiled by ray.

J. C. Wolfe – 6 Popular Rhetorical Devices and How to Use Them
Danielle Mohlman – Spotlight on War Poets
Jacqui Murray – 12 Surprises I Found Marketing My Debut Novel
Melissa Triplett – My Editor. I Have One of Those.
Erin Beth Liles – Evocation: Bringing Your Reader into the Story
Stacey Lanier – What is enchantment?
James A. Conan – Writing Coherent and Interesting Magical Systems
Penstricken – Fleshing out your story idea

“There are two kinds of truth: the truth that lights the way and the truth that warms the heart. The first of these is science, and the second is art. Neither is independent of the other or more important than the other. Without art science would be as useless as a pair of high forceps in the hands of a plumber. Without science art would become a crude mess of folklore and emotional quackery. The truth of art keeps science from becoming inhuman, and the truth of science keeps art from becoming ridiculous.” – Raymond Chandler

The best fiction and writing blog posts from around the ‘net, with advice and inspiration guaranteed to make you a literary legend. Compiled by ray.

A. J.Humpage – The Writer’s Essential Checklist
Nicola Alter – Great Books About Writing
Andrew Heisel – In Search of the Novel’s First Sentence
Becca Puglisi – How (and Why) to Write a Logline For Your Story
James Scott Bell – Who Are You Trying To Delight?
Abbie Lu – Book Door Lookbook A project both your inner bibliophile and supervillain will love.
Raymond Chandler – Ten Commandments for Writing a Detective Novel

I’ve always found Raymond Chandler’s writing to be inspirational, sublime, and maddening. I have no idea how many times I’ve read Farewell, My Lovely, and there’s still a lot about it I just don’t get. The work is an adventure tale, a work of art, and a puzzle. Chandler broke a lot of rules. But I, and countless other fans, keep coming back.

This retrospective on Chandler’s unique approach in Literary Hub echoes my feelings toward this gifted and driven artist:

Looking at Chandler’s work in retrospect, it seems fair to say that he wasn’t really a “mystery writer”—or not first and foremost. Plots didn’t interest him much. They were just pegs on which to hang characters and language. His plots were not particularly original but that never bothered him. “Very likely Agatha Christie and Rex Stout write better mysteries. But their words don’t get up and walk. Mine do.” And: “I don’t care whether the mystery is fairly obvious but I do care about the people, about this strange, corrupt world we live in and how any man who tries to be honest looks in the end either sentimental or just plain foolish.”

Story construction and the tying up of loose ends never bothered him. When director Howard Hawks was filming The Big Sleep, he cabled Chandler: “Who killed the chauffeur?” Chandler cabled back: “No idea.”

When he himself collaborated with the young Billy Wilder on what was Chandler’s first Hollywood film, Double Indemnity, Wilder observed that “Chandler was a dilettante. He did not like the structure of a screenplay… He was a mess but he could write a beautiful sentence. ‘There is nothing as empty as an empty swimming pool.’ That is a great line.” He would later give his moody one-time partner credit for being “one of the greatest creative minds I’ve ever encountered.”

I think Chandler’s face reflects the purposeful rebellion and probing intelligence one senses behind the writer’s challenging and endlessly intriguing fiction. 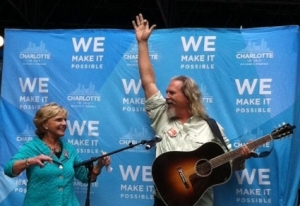 The best fiction and writing blog posts from around the ‘net, all guaranteed to make you a literary rock star. Compiled by the dude.

James Scott Bell: Where Do You Get Your Ideas?
Stephen King: Everything you need to know to write successfully
Bob Mayer: What is your process as a writer?
Sue Vincent: How to make a living as a writer
Jacqueline Seewald: How to overcome writer’s block
Jeff Wills: Finding your style
A.D. Martin: Symbolism in novels
Lincoln Michel: Literary Links from Around the Web