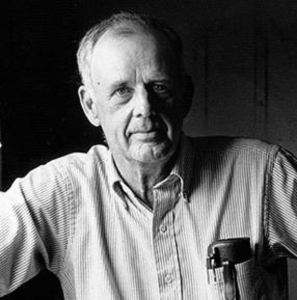 The sense of the verb “to imagine” contains the full richness of the verb “to see.” To imagine is to see most clearly, familiarly, and understandingly with the eyes, but also to see inwardly, with “the mind’s eye.” It is to see, not passively, but with a force of vision and even with visionary force. To take it seriously we must give up at once any notion that imagination is disconnected from reality or truth or knowledge. It has nothing to do either with clever imitation of appearances or with “dreaming up.” It does not depend upon one’s attitude or point of view, but grasps securely the qualities of things seen or envisioned. – Wendell Berry 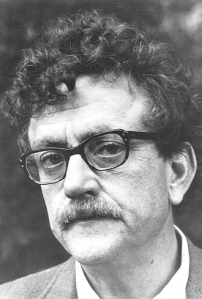 The best fiction and writing blog posts from around the ‘net, with advice and inspiration guaranteed to make you a literary legend. Compiled by kurt.

Here’s the best guide to world building and scene creation ever made:

Buster Keaton – The Art of the Gag from Tony Zhou on Vimeo.

C. S. Wilde has issued a challenge to write and post a story in two sentences. Here’s mine:

The man in the wheelchair frowned at the woman and said, “If we were happily married for 25 years, why did you leave me?”

“Because the first thing you forgot was our wedding vows, Frank.”

Ernest Hemingway’s memoir about the time he spent lounging in cafes and bars in 1920s Paris has become an unlikely totem of defiance against the terrorist attacks that claimed 129 lives in the City of Light last Friday.

Hemingway’s ‘‘A Moveable Feast,’’ or “Paris est une Fete” in French, is flying off the shelves at bookstores across the French capital and is the fastest-selling biography and foreign-language book at online retailer Amazon.fr. Daily orders of the memoir, first published in 1964, three years after the American author’s death, have risen 50-fold to 500 since Monday, according to publisher Folio.

Copies have been laid among the flowers and tributes at the sites of the massacres, and people are reading the book in bars and cafes, Folio spokesman David Ducreux said Thursday. Orders surged after a BFM television interview on Monday with a 77-year-old woman called Danielle, who urged people to read the memoir as she laid flowers for the dead. The video was shared hundreds of times on social media.

I think this is a marvelous way to express solidarity with the people of Paris in the wake of last week’s horrific massacre. That said, the article’s description of A Moveable Feast as an account of the time Hemingway “spent lounging in cafes and bars in 1920s Paris” misses the mark. Yes, there are sensuous descriptions of how he and his friends “ate well and cheaply and drank well,” but the little masterpiece also reveals how Hemingway mastered the craft of fiction, including how he dealt with rejection letters. Hemingway’s vignettes of Ezra Pound, Gertrude Stein, and F. Scott Fitzgerald are not to be missed.

If you haven’t read it, pick up a copy at the library or book store. And let folks know you’re doing it for Paris.

Like many others, the horrific massacre in Paris got me to thinking about how I would have reacted to a terror attack. A number of articles have popped up on the Internet stressing how situational awareness improves your odds of surviving acts of terrorism and similar emergencies. I couldn’t help but notice the ties between situational awareness and writing.

I’ve previously made the case that intense physical activity sharpens the mind and senses. Famed Japanese swordsman Miyamoto Musashi argued the same in his classic The Book of Five Rings. And now we have science that bolsters Musashi’s insights. From Psychology Today:

Musashi referred extensively to training vision and perception through martial arts, but now there is modern evidence in experimental psychology to support his assertions and show that visual abilities can be enhanced with such training. …

Writing in the journal “Attention and Perceptual Psychophysics,” Monica Muinos and Soledad Ballesteros from the Department of Basic Psychology in Madrid, Spain wanted to know if sports training that relied heavily on dynamic visual acuity could interfere with the normal decline in this ability. Using a tracking task where the participants had to rapidly determine the direction and characteristics of object motion, they studied young (less than 30 years) and older (more than 60 years) adults who either had no sporting background or who had training in judo or karate. Not surprisingly, martial arts athletes—both judo and karate—had better dynamic visual acuity scores than non-athletes. This result supports the idea that martial arts training may enhance dynamic visual acuity.

In the following clip, Matt Damon (as Jason Bourne) explains how attention to seemingly trivial details is essential to survival:

Awareness of the fine details others overlook is something every writer must develop. As Stephen King wrote in On Writing, “Skills in description, dialogue, and character development all boil down to seeing or hearing clearly and then transcribing what you see or hear with equal clarity.”

As I’ve said before, the act of reading and writing stories isn’t just a diversion from life, it is life itself.

Most folks think of writing as a monkish, abstract endeavor more akin to meditation than exertion. But there’s a vital connection between the discipline of putting one word after another and taking one stride after another, as Nick Ripatrazone explains in this must-read Atlantic article:

Since I’ve returned to distance running, I’ve changed the way I think about writing. Writing exists in that odd mental space between imagination and intellect, between the organic and the planned. Runners must learn to accept the same paradoxes, to realize that each individual run has its own narrative, with twists and turns and strains.

Writers and runners use the same phrase—“hit my stride”—to describe the moment when exertion and work become joy. Writers stuck on a sentence should lace their sneakers and go for a jog, knowing that when they return, they will be a bit sweatier, more tired, but often more charged to run with their words.

We know a sound mind in a healthy body is sharper and livelier because mind and body are not two separate entities. Each one affects the other. But Ripatrazone expands on this truth by proposing that running helps the mind harmonize with the rhythm and tempo of the body, stimulating the writer’s ability to “focus on a single, engrossing task and enter a new state of mind entirely—word after word, mile after mile.”

I fully agree, and would add that other physical activities also promote writing ability. I’ve found that weightlifting, a strenuous, repetitive, and somewhat dangerous activity, sharpens my focus and endurance, two qualities essential to getting words onto paper. Yukio Mishima even wrote a book, Sun and Steel, about the benign discipline lifting weights imposed on his writing. And Ernest Hemingway relied on boxing to help him break occasional writer’s block.

I’ve always found Raymond Chandler’s writing to be inspirational, sublime, and maddening. I have no idea how many times I’ve read Farewell, My Lovely, and there’s still a lot about it I just don’t get. The work is an adventure tale, a work of art, and a puzzle. Chandler broke a lot of rules. But I, and countless other fans, keep coming back.

This retrospective on Chandler’s unique approach in Literary Hub echoes my feelings toward this gifted and driven artist:

Looking at Chandler’s work in retrospect, it seems fair to say that he wasn’t really a “mystery writer”—or not first and foremost. Plots didn’t interest him much. They were just pegs on which to hang characters and language. His plots were not particularly original but that never bothered him. “Very likely Agatha Christie and Rex Stout write better mysteries. But their words don’t get up and walk. Mine do.” And: “I don’t care whether the mystery is fairly obvious but I do care about the people, about this strange, corrupt world we live in and how any man who tries to be honest looks in the end either sentimental or just plain foolish.”

Story construction and the tying up of loose ends never bothered him. When director Howard Hawks was filming The Big Sleep, he cabled Chandler: “Who killed the chauffeur?” Chandler cabled back: “No idea.”

When he himself collaborated with the young Billy Wilder on what was Chandler’s first Hollywood film, Double Indemnity, Wilder observed that “Chandler was a dilettante. He did not like the structure of a screenplay… He was a mess but he could write a beautiful sentence. ‘There is nothing as empty as an empty swimming pool.’ That is a great line.” He would later give his moody one-time partner credit for being “one of the greatest creative minds I’ve ever encountered.”

I think Chandler’s face reflects the purposeful rebellion and probing intelligence one senses behind the writer’s challenging and endlessly intriguing fiction.

“Art is a form of communication. It’s meant to be shared. Until a piece is experienced by viewers it remains unfinished in a way; the circuit is incomplete, the energy can’t flow.” Richard Bledsoe

Salman Rushdie, who was knighted in 2007 for his contributions to literature, will speak here in Charlotte at Queens University tomorrow night. He’s earned his honors. Because of Rushdie’s unblinking portrayal of what he deemed religious fanaticism, both Ayatollah Khamenei and Al-Qaeda have called for his murder. In London a few years back, only dumb luck saved him from a fanatic’s book bomb (a real one, not to be confused with one of Larry Correia’s book bombs!).

This is a man who has risked his life for his art. So when Rushdie speaks, he’s worth paying attention to. His observations on fantasy fiction deserve wide circulation:

I think that magical realism is one version of a kind of literature that is found all over the world. It is much older form with, in many ways, a richer tradition than the realist tradition.

These stories are very old. I just thought one of the things I like about the old stories is while they are full of flying carpets and ogres and dragons and things like that, they are completely realistic about human beings. The people you find in the stories are beautifully drawn.

“Ogres and dragons and things like that.” Works for me. And Rushdie’s comment about the power of satire struck me as pitch-perfect: “Satire is the classic weapon that artists have always had against hypocrisy and tyranny.”

Jonathan Swift and Ambrose Bierce would be proud.