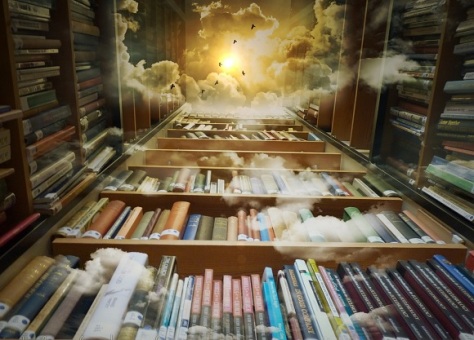 “There’s an entire world already inside each person, much less a neighborhood. Each will remain colorless and flat, however, unless fleshed out by stories.” – Linh Dinh

In other words, are you a good writer? *

Now, don’t feel insulted. Fact is, both accomplished writers and liars have the ability to recognize and accommodate other people’s point of view. If you aren’t sensitive to how others perceive your message, you can’t tell a believable story.

The above video illustrates how to determine a person’s lying ability in just a few seconds. (Hint: Have someone you trust watch the video and give YOU the test.)

And of course, there are the finer points of storytelling and lying to consider as well, such as knowing how to stimulate your audience’s imagination with just the right details that give your tale the appearance of reality. Achieving verisimilitude, like any other skill, takes practice.

There’s also a psychological element at work here. Both liars and writers enjoy being the center of attention. (Although you could argue that writers, who are introverts wrestling with extroverted cravings, really want an admiring audience kept at a safe distance.)

After all, the ability to lie is at the heart of what we do. Writers strive to craft an attractive and entertaining untruth. Isn’t that the definition of fiction? As Stephen King put it, “Fiction is the truth inside the lie.” The goal of fiction is to lure and enchant your audience so you can impart the larger meanings and deeper truths that originally inspired you to take up the challenge.

* Full disclosure: My wife gave me this test. Yeah, I passed.

This video is an excellent introduction to the life, work, and legacy of H. P. Lovecraft. As much as I’ve read about this tragic, talented man, it managed to surprise me with both biographical and career tidbits.

Here’s something I didn’t know: August Derleth, the editor chiefly responsible for publicizing Lovecraft after the writer’s death, had his stories translated and published overseas. Post-WWI French intellectuals, already admirers of Edgar Allan Poe, practically devoured everything Lovecraft had authored. That, of course, is how Michel Houellebecq “discovered” Lovecraft.

It’s unfortunate that so many still believe the Conan stories are nothing but escapist fantasy, but I believe A Riddle Of Steel will help change that.

The Conan plotline tells the story of a man determined to survive in a corrupt and dying society while holding true to his personal code of honor. (A theme even more timely in our present age.) Howard was not only a craftsman and entertainer whose dynamic style continues to inspire writers, but also a shrewd and perceptive commentator on the human condition. Here’s my take on the worldview underlying Howard’s most intriguing character.

A Riddle Of Steel is a hopeful sign the time is ripe for a more serious understanding of one of the greatest series in fantasy fiction.

I’ve recently been included in The Internet Speculative Fiction Database.

The ISFDB is a publication of the World Heritage Encyclopedia. It provides bibliographic information on past and present authors of science fiction, fantasy, and horror. Listings include author pseudonyms, series, awards, and cover art. The publication’s goal is to improve the coverage of speculative fiction to 100%, and they have earned a reputation for being fastidious about nailing down the facts. ISFDB won the 2005 Wooden Rocket Award for the Best Directory Site.

I’m honored. My thanks to the ISFDB volunteers who included my works.

“As a fiction writer, the act had an immediate, recognizable weight to it; the imagined reality Jay had created in the act felt like the embodiment of good fiction writing. I began to consider the connections between the two crafts of magic and fiction writing, wondering what might be gleaned about the process of creating living fictions. The suspension of disbelief required by both reader and audience member. The inherent tension between believability and deception. The materialization of something where there once was nothing.” – Gabriel Urza