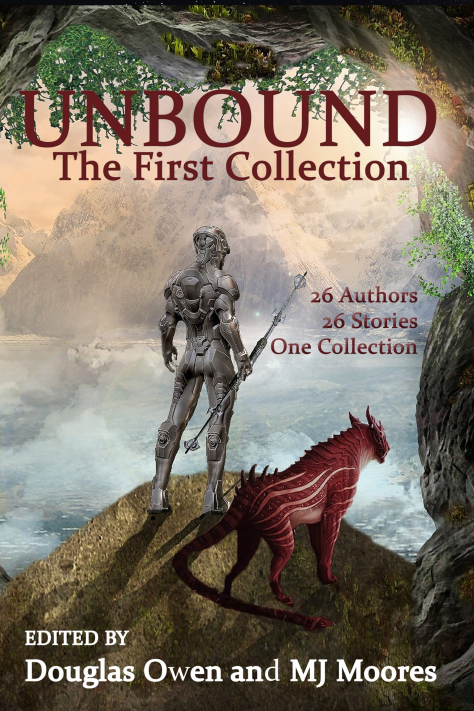 “The most central and irrational faith among people is the faith in technology and economical growth. Its priests believe until their death that material prosperity bring enjoyment and happiness – even though all the proofs in history have shown that material prosperity doesn’t bring anything else than despair. These priests believe in technology still when they choke in their gas masks.”

I view technology the way George Washington viewed government — like fire, a dangerous servant and fearful master.  Used with wisdom, it can produce good things. Misused, it — or should I say we — can botch up a perfectly good planet.  Hunting Ground, one of my published stories I’m most proud of, took a humorous but serious look at what happens when we imagine we can endlessly exploit nature without consequences.

A little food for thought before Earth Day.

I’ve taken Charles French up on his generous offer to publish a guest post promoting my latest story on his popular blog. Mystery Weekly Magazine has published my novelette “Absence of Evidence,” a story that’s more than just a murder mystery.

Be sure to check out the background on my latest work. And don’t forget to follow Charles French, whose blog offers a wealth of resources for both writers and fans of speculative fiction. French teaches literature, and is an accomplished writer himself.

Mystery Weekly Magazine is a Mystery Writers of America approved publisher, and is available in digital and print formats on Amazon.

Mystery Weekly Magazine has published my novelette “Absence of Evidence.”

Treka Dunn, the senior investigator for the county Medical Examiner’s office, is positive the deceased in her latest case, Davis Washburn, died of natural causes. However, Davis’s autistic son Ron believes his father was poisoned. When a toxicology exam reveals no evidence of foul play, Treka tries to explain the findings to Ron.

But when Ron tells her about his last conversation with his father, Treka realizes she’s made a serious mistake.

This is my second appearance in Mystery Weekly Magazine. My first story with them, “The Calculus of Karma,” was a sci-fi/mystery mash-up. “Absence of Evidence” is a procedural crime story, with a gold mine of technical detail. For me, the background research for a story is a huge part of the joy of writing, and “Absence” was a challenge that occupied me nearly two months. The plot also owes a great deal to my years as a workflow analyst.

Which proves that with enough effort and just the right amount of devilish imagination, you can write a story about anything.

I want to give special thanks to two technical advisers who provided invaluable information about the inner workings of hospitals. One is my daughter, Lt. Jessica Fields, an experienced RN who’s now an Air Force nurse. The other is Betty Vuncannon Crowley, an RN who went on to hospital administration. I am eternally grateful to both.

Mystery Weekly Magazine is a Mystery Writers of America approved publisher, and is available in digital and print formats on Amazon.