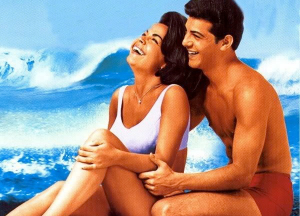 A lot of folks are giddy over NASA’s announcement that its Mars Reconnaissance Orbiter has found evidence of liquid water on Mars. They imagine this points the way to a Martian colony and human expansion into space.

Put me down for a big ol’ “meh” on this waste of taxpayers’ dollars. While the Trekkies may swoon over this news, I (and many others) suspect we are too acutely tuned to the rhythms, radiation fields, and cycles of this planet to go skipping about the galaxy like disembodied brains.

I agree with Kim Stanley Robinson: “I think Earth is the one and only crucial place for humanity. It will always be our only home. … Maybe there’s only one planet where humanity can do well, and we are already on it.”

As to terraforming an alien planet to make it suitable for human habitation, Robinson says, “… there’s no place other than Earth where humanity can be healthy and safe. When we land on another planet, we’ll find out if it’s either alive or dead. It it’s alive, we’ll be in trouble because the life that’s there already will either make us sick or kill us. If it’s dead, we’ll have to terraform it, in which case we’ll die before it’s ready.”

Robinson’s objection is valid. In fact, there are so many variables involved in reverse engineering alien planets to accommodate human needs that such a project would be utterly impossible. Then there are the countless unknowns we will never grasp. It wasn’t until the past decade or so that we understood the vital role played by human flora, which outnumber human cells by 10 to 1.

I’ll believe we can terraform other worlds to our liking when we’re able to rid our own planet of earthquakes, tidal waves, volcanic eruptions, and telemarketing calls. 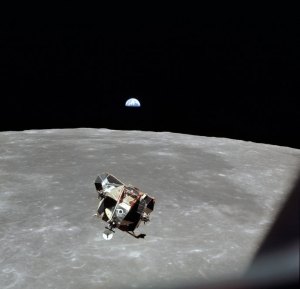 Where were you when Neil Armstrong set foot on the moon?

I remember that night well. I was in my second week working at my first job as a projectionist at WGHP-TV in High Point, North Carolina. Since we were on network feed all night, all I had to do was load our station ID slides and run a few commercials. In addition to me, there was the director and an engineer. That was the skeleton crew, and we were pretty well psyched all night. Nothing could have torn me away from the video monitor when Neil Armstrong stepped out of the lunar lander. The three of us stood motionless in that cramped control room full of racks of electronics and stared in total awe.

So — when’s the next bold adventure in space? 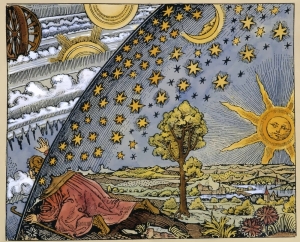 While researching Appalachian Folk Magic for my latest wip, I read Sir James Frazer’s The Golden Bough. In his chapter “The Principles of Magic,” I encountered this:

“If we analyze the principles of thought on which magic is based, they will probably be found to resolve themselves into two: first, that like produces like, or that an effect resembles its cause; and, second, that things which have once been in contact with each other continue to act on each other at a distance after the physical contact has been severed.” (p. 12)

Frazer refers to this principle, which he calls “Contagious Magic,” in his discussion of spells around the world that involve the use of hair or nail clippings to exert control over the owner. Even things that were once close, and not necessarily part of the body, can be used because a bond still exists. For example, in Mecklenburg, Germany, practitioners of folk magic believed a coffin nail driven into a footprint would make the person who made the print go lame.

Frazer, with his usual scholarly contempt, dismisses such thinking while painstakingly documenting other examples of it.

But now we have quantum mechanics, which says to folks like Frazer, “Not so fast.” From the Encyclopedia of Science:

“Identical twins, it’s said, can sometimes sense when one of the pair is in danger, even if they’re oceans apart. Tales of telepathy abound. Scientists cast a skeptical eye over such claims, largely because it isn’t clear how these weird connections could possibly work. Yet they’ve had to come to terms with something that’s no less strange in the world of physics: an instantaneous link between particles that remains strong, secure, and undiluted no matter how far apart the particles may be – even if they’re on opposite sides of the universe.”

Erwin Schrödinger, in a letter to Albert Einstein, called this phenomenon “entanglement”:

“When two systems … enter into temporary physical interaction … and when after a time of mutual influence the systems separate again, then they can no longer be described in the same way as before, viz. by endowing each of them with a representative of its own. I would not call that one but rather the characteristic trait of quantum mechanics, the one that enforces its entire departure from classical lines of thought. By the interaction the two representatives [the quantum states] have become entangled.”

Einstein dismissed Schrödinger’s ideas as “spooky action at a distance.” (And isn’t that what magic is all about?) But it’s for real. Today, IT researchers are studying how to create super computers that can exchange data instantaneously through entangled components despite being separated by thousands of miles. 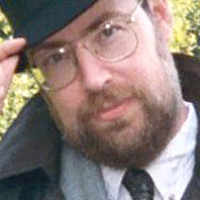 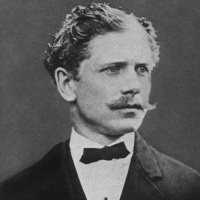