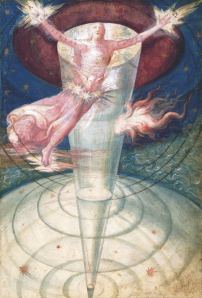 Over at Electric Lit, Amber Sparks argues that while writers usually claim one of the highbrow greats as their stylistic model, they often fail to give proper due to the lowbrow authors who inspired them to become writers. She cites authors willing to admit to the influence of pulp writers in their early careers:

“Romance novels, horror novels, thrillers. Psycho, Rosemary’s Baby, everything V.C. Andrews wrote, Danielle Steel: I devoured it all,” says Julia Fierro, author of Cutting Teeth. “Those ‘trashy’ books taught me how to write story, character, and created my lifelong need for drama, conflict, and my belief that every story, no matter what genre or style, needs to make the reader feel as if a lot is ‘at stake.’” And Peter Tieryas, author of Bald New World, says, “I devour and gorge on lowbrow entertainment, from the maligned Waterworld and the original Dawn of the Dead, to comics like Legends of the Dark Knight and X-Force, to K-pop and Tupac, and of course video games. They play with the tropes, or establish all new ones, and being unhinged from traditional restrictions, push the medium, teaching me that I can do the same.”

After all, says Sparks, “we’re all of us storytellers, trying to retell that first and perfect tale that started it all.”

I couldn’t agree more. In grade school, my vocabulary was three grades ahead of my classmates thanks to Marvel Comics. (Don’t ask about my math skills!) And as an English major, I continued to enjoy Robert E. Howard, H.R. Wakefield, and Robert Heinlein as much as Hemingway and Shakespeare.

As Sparks says, they’re all storytellers. And that’s what I want to be.