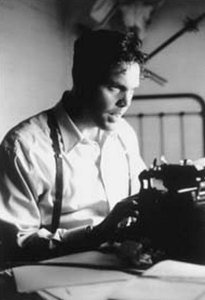 The Abbeville Institute, a site dedicated to Southern arts, has published my article on Robert E. Howard. Here’s a sample:

“The novelist with Christian concerns will find in modern life distortions which are repugnant to him, and his problem will be to make these appear as distortions to an audience which is used to seeing them as natural; and he may well be forced to take ever more violent means to get his vision across to this hostile audience. When you can assume that your audience holds the same beliefs you do, you can relax a little and use more normal ways of talking to it; when you have to assume that it does not, then you have to make your vision apparent by shock — to the hard of hearing you shout, and for the almost blind you draw large and startling figures.” Flannery O’Connor

The Southern Gothic tradition, as pioneered by such writers as William Faulkner and Carson McCullers, as well as O’Connor, is noted for its stinging indictment of modern life. Southern Gothic tales feature shocking violence and criminality committed by bizarre, larger-than-life characters clawing for survival in a society that has broken down. Magical and supernatural forces often intervene in unexpected ways.

Read the rest at Abbeville Review, and like it here.