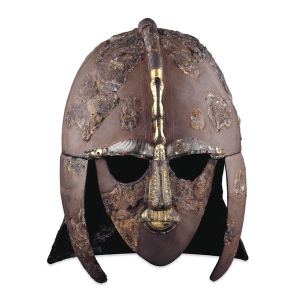 My father is in a nursing home, and a couple of weeks ago, we had a bad scare when he was exposed to methicillin-resistant staphylococcus aureus, otherwise known as MRSA. It’s a “superbug” that sneers at modern antibiotics. Fortunately, Dad responded well to the treatment and is doing well — but he’s being watched in case it flares up again.

MRSA is the scourge of nursing homes. So this BBC News story caught my eye:

They were “astonished” to find it almost completely wiped out methicillin-resistant staphylococcus aureus, otherwise known as MRSA.

Their findings will be presented at a national microbiology conference. …

The remedy was found in Bald’s Leechbook – an old English manuscript containing instructions on various treatments held in the British Library.

It seems Anglo-Saxon physicians may actually have practised something pretty close to the modern scientific method, with its emphasis on observation and experimentation.

Bald’s Leechbook could hold some important lessons for our modern day battle with anti-microbial resistance.

How about that? A home remedy from the time of Beowulf works better than any of our over-priced, hyper-marketed pharmaceuticals.