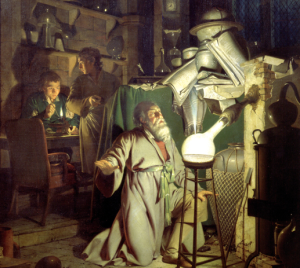 “I read in a book once that a rose by any other name would smell as sweet, but I’ve never been able to believe it. I don’t believe a rose WOULD be as nice if it was called a thistle or a skunk cabbage.”
― L.M. Montgomery, Anne of Green Gables

Selecting a character’s name is the first step in making that character come alive. Of course, no one has done a better job than Charles Dickens, who gave the world Uriah Heep, Polly Toodle, Wilkins Micawber, and, of course, Ebenezer Scrooge.

This article on iconicity, the harmony of a symbol (word) and its meaning, suggests that evocative naming is the key to understanding the world around us:

The oldest documented discussion about iconicity and its role in constructing words is the Cratylus dialogue of Plato 1997. In the dialogue, Socrates is asked whether names belong to their objects “naturally” or “conventionally.” Though Socrates admits that convention and usage play a role in the creation of names, he confesses that he prefers the view “that names should be as much like things as possible” (pp. 433–435).

So of course the character’s name is essential to understanding that character. That’s one of the key elements I focus on when outlining a new story. I felt good about the name Jon Barrett in Aztec Midnight, and with Cam Taylor in Cameron Obscura.

I’ve always been fascinated with word play, especially with people’s names. In college, the Resident Assistant of our dorm hall was Curtis T—–. His job was to monitor our behavior, which included making sure no young ladies were still in our rooms after 1:00 AM, a job he seemed to enjoy a little too much. I gave him a name that stuck until he graduated, even though he quit being an RA his sophomore year: Curtis Interruptus, a nickname we pronounced with a Bronx accent.

4 thoughts on “The Name of the Whatever”