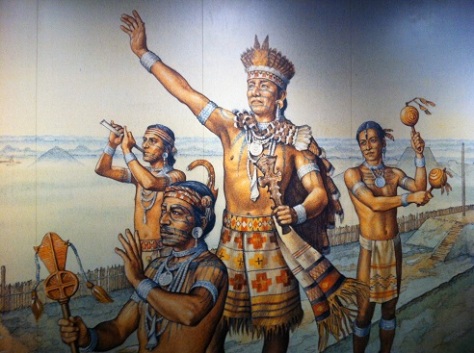 My wife and I just got back from visiting our daughter and son-in-law at Scott Air Force base. One of our stops was the Cahokia Indian Mound near Saint Louis, Missouri, the site of the largest Native American city north of Mexico. 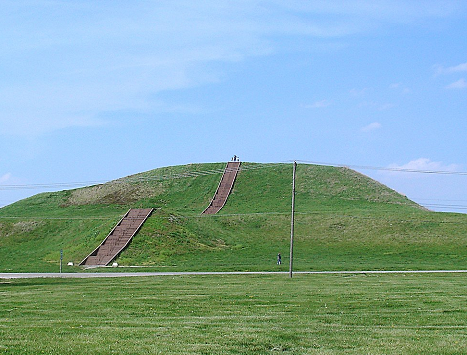 Beginning around 900 AD, the Cahokians, a Mississippian people related to the Sioux, broke the ground with stone hoes and transported dirt by basket to construct the central mound, which became the heart of an urban center of up to 40,000. The chief and a handful of priests lived on the mound, and the city grew around them. 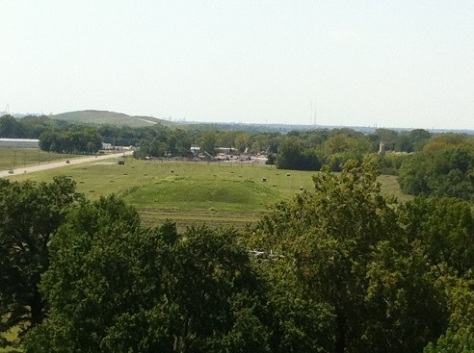 The mound is higher than you think, as you can see from this view from the top. Just over the first stand of trees in the foreground is a burial mound. Past that you can see wooden posts from the Cahokia Woodhenge. Downtown Saint Louis lies on the horizon. 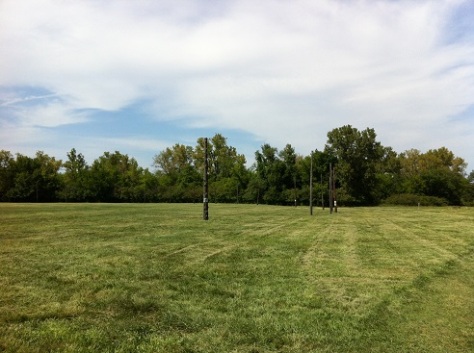 Here’s a closer view of the Cahokia Woodhenge. Like Stonehenge in England, it served as a calendar that marked solstices and equinoxes. A priest standing on a platform in the middle of Woodhenge’s five circles of cedar posts would perform a ceremony called “Greeting the Sun,” during which he would observe and announce significant astronomical events. The posts standing in the site today were authentically recreated in 1985 using stone tools similar to the ones displayed in the nearby Cahokia museum: 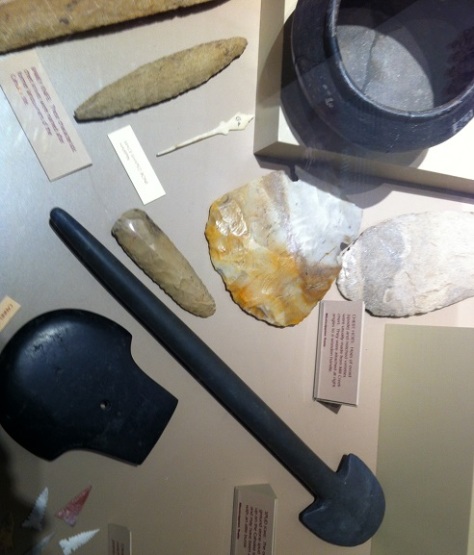 Gazing down on the Cahokia Woodhenge from the great mound, I imagined the excitement and sense of mystery the people felt on the completion of a multi-generational work that connected them to their past, the land on which they depended, and the celestial powers that guided their lives.

22 thoughts on “Greeting the Sun”