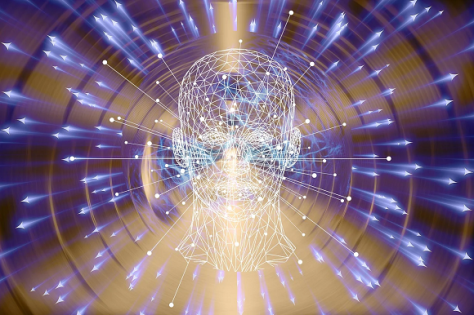 One of my coping mechanisms when stuck on a manuscript is to read outstanding posts on writing I’ve saved over the years. This morning, I revisited this advice from K.M. Weiland:

One of the best rules of thumb for showing instead of telling is to never name an emotion. Love, hate, happiness, sadness, frustration, grief—they all might be easily recognizable emotions. They might even all be emotions that will immediately get a point across to a reader. But by themselves the words lack the ability to make a reader feel what we are trying to convey.

This insight shook the mental cobwebs that had been holding me back. Weiland’s right — the most stirring and uplifting prose succeeds obliquely, rousing the reader to silent awe or trembling fear. A few examples:

“Some nights in the midst of this loneliness I swung among the scattered stars at the end of the thin thread of faith alone.” – Wendell Berry

“The trees were full of silver-white sunlight and the meanest of them sparkled.” — Flannery O’Connor

“I sat up straight and as I did so something inside my head moved like the weights on a doll’s eyes and it hit me inside in back of my eyeballs. My legs felt warm and wet and my shoes were wet and warm inside. I knew that I was hit and leaned over and put my hand on my knee. My knee wasn’t there.” — Ernest Hemingway

Not only do these examples evoke intense reactions, they do so indirectly. As Weiland advises, the best writing shows rather than tells. Emily Dickinson was on the same track when she proposed that we tell the truth, but tell it slant.

I believe these passages soar for us because they appeal to more than just our logical selves. The neocortex, that is, the rational brain, processes language, but it connects to other parts of the brain as well. The limbic system interprets facts as emotions, and triggers the reptilian brain, which in turn shoots reactions to the body. So if you read Stephen King alone at midnight, you start peeking outside the window and maybe sweat a little. That’s the three parts working together. And we love it.

Good writing, then, achieves unity of mind and body, a sorely needed experience in an age that fractures and alienates.